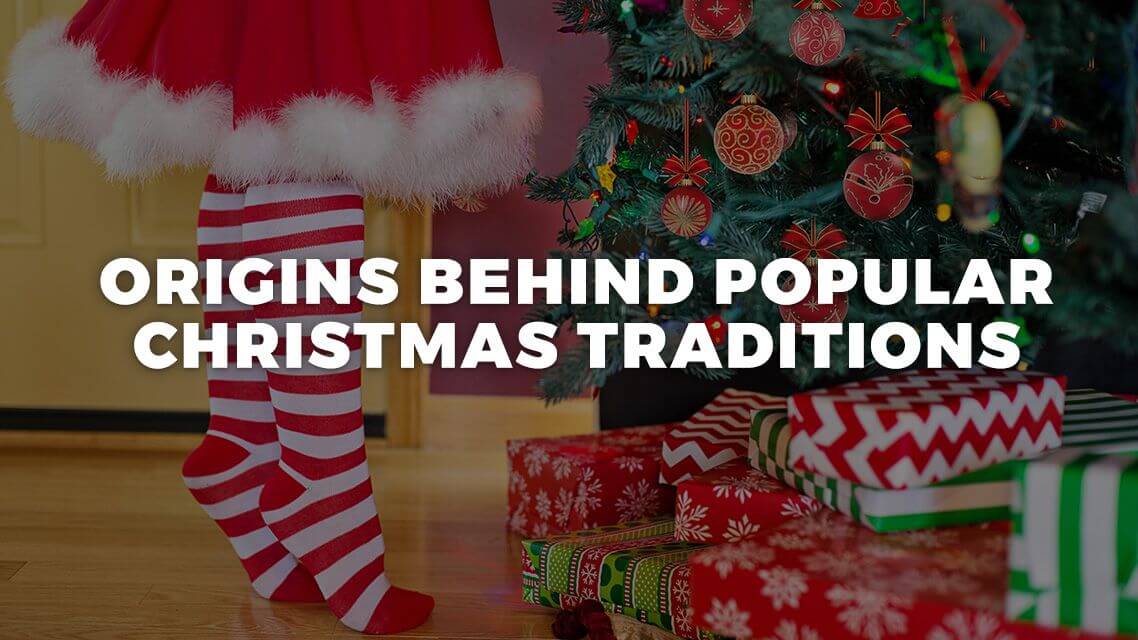 The jolly old St Nicholas we have come to know today is actually a conglomerate of traditional figures that have become the Santa Claus we know today.

One such traditional figure is the Dutch, Sinterklaas who from legend, has a very similar story to Santa Claus, dressed in red and white, knows if children are naughty or nice and accompanied by Elf helpers known as Zwarte Piet. The legend does goes a little dark with his Elf helpers punishing children on the naughty list with 'jute bags' and 'willow canes'. Oh, and he road in on a steam boat from Spain, not the North Pole.

Another traditional figure stems from the British Father Christmas from the 17th century, who embodied the holiday spirit of joy and mirth.

Odin, from Norse mythology also has some attribution for Santa Claus. He would lead a hunting party with other Norse Gods on Yule, a German holiday around the same time as Christmas. He would do so riding Sleipnir, a legendary horse with 8 legs and would leave candy in children's boots as a gift. Pretty similar to 8 reindeer and stockings, right?

Along the way, there have been many translations and modernisations to create the Santa Claus we know today. The name is just an Americanisation of Sinterklaas.

The most familiar reason behind Christmas, is the Christian tradition of honouring the birth of Jesus Christ. Today it's much more commercial and more about presents, candy Coca-Cola trucks and seasonal drinks at Starbucks. The Christmas holiday we know, stems from the Roman tradition of Saturnalia, a festival honouring their god of agriculture 'Saturn' on the winter solstice.

As this was an already established time of celebration for the light and sun, it was natural for the celebration of Christ to be worked into this time as we don't technically know the exact day of his birth. It's largely to do with Pagan celebration of the Winter Soltice, (the shortest day of the year) where the North Pole is tilted furthest from the sun which is where the 'North Pole' origins probably get their beginning.

One of the more commercialised elements of modern Christmas, the act of gift giving has a few traditional beginnings. Many will relate to the Christian tradition that stemmed from the three wise men who gave gifts of gold, frankincense and myrrh to Jesus. Relating back to the Roman tradition of Saturnalia, children would be given gifts of wax dolls that represented human sacrifices made for a good harvest. Boughs of trees and plants were also common gifts to represent bounty and good harvests which could be the basis for Boughs of Holly.

Commonly thought of as a lazy way of writing Christmas, or a way to represent Christmas without making it religious by including the word 'Christ' it actually has origins in Christianity. The X stands for the Greek letter Chi, the first letter of the Greek word for Christ. Jesus’ name has also been abbreviated as XP, a combination of the first and second letters of the Greek word for Christ. From XP comes the labarum, a holy symbol in Orthodox Christianity that represents Jesus.

The tradition of filling stockings with gifts and goodies is associated with the traditional figure of Saint Nicholas, who believed childhood should be enjoyed and savoured. However, way back in the 4th century, this wasn't always possible as children younger than 10 would often have to work to support their families. Child labour laws weren't such a thing back then. So, Saint Nick would give out what he could such as homemade food, clothes and furniture.

The origin of stockings above the fireplace? Well, accordingly to legend, Saint Nicholas once saw girls' stockings hanging above a fireplace and on a whim (I assume) left a few goodies them. Naturally, when the little girls clocked what happened it became a tradition to leave out your stockings in the hope of finding goodies in them, the next morning.

Relating back to the Norse God, Odin. His mythical 8 legged horse Sleipnir would eat the food left out by children in their shoes and clothes and Odin took to leaving sweets and candy in their place.

Throughout history, wreaths represent power and strength. Roman and Greek kings and emperors would wear wreaths as crowns and it was associated with the sun God, 'Apollo' to embody his values.

Harvest wreaths were often made up of Evergreen plants to symbolise strength and fortitude as the evergreen stays green despite the winter season. Wreaths are also associated with Christianity for funerals and burials of saints and martyrs, ergo Jesus.

Ignoring today's fibre optic singing travesties, the Christmas tree has its origins dating back to pre-Christian winter festivals for immortality and fortitude. Again, by using evergreens the tree would stay green throughout the winter period.

The purpose of putting up a tree had many reasons depending on which culture you belonged to. For some, it would ward off evil and for some it would allow a perch for any birds that still remained in the area during winter. The hanging of fruit and wafers has ties to Adam and Eve to represent the forbidden fruit they ate from the tree. The act of decorating a tree stems from Germany, whereby the German craftsman guilds would decorate trees during the Renaissance.

Christmas Carols come from Christian hymns way back in 4th century Rome. They were not specifically for Christmas and were sung in church for years before being adapted to Latin carols in the 13th century in France, Germany, and Italy. See more on our article about Jingle Bells. Later, the carols would become more associated with Christmas and performed in public gatherings which many believe led them to eventually go door to door.

Boxing Day doesn't have traditional religious roots. Traditionally, the day after Christmas Day was when employees would receive gifts from their employers. Naturally this tradition hasn't really carried through, but could be origin for the Christmas bonus for a job well done during the year. The day itself however, could be attributed to St. Stephen’s day, a Christian holiday that commemorates the eponymous St. Stephen, the first Christian martyr. St. Stephen was a deacon in an early church in Jerusalem.

Is actually a parasitic plant that absorbs the nutrients from the tree branch it resides on. Not the most romantic, right? Its status of something memorable has mythological roots across many cultures. Greeks believed it would be the only thing able to kill the God, Baldur. Pre-Christian cultures believed it carried the male essence and would increase romance, fertility and vitality.

While the exact reason why it was associated with kissing is not truly known, if you eat it you'll end up with a bad stomach and most likely diarrhoea. So don't eat it.

While we're on the subject of Christmas, we have a range of Royalty Free Christmas Music available to license for use in your content. In line with this piece, you can sample our favourite Traditional Christmas Music below:

Deck The Halls With Boughs Of Holly

Laid back, casual and mellow version of the famous Christmas tune.

We Wish You A Merry Christmas

Joy To The World

Warm, cosy and relaxing rendition of this classic Christmas tune.

Joyous, high spirited rendition of the classic Christmas tune with a warming feel. Browse all of our royalty free christmas music.

Away In A Manger